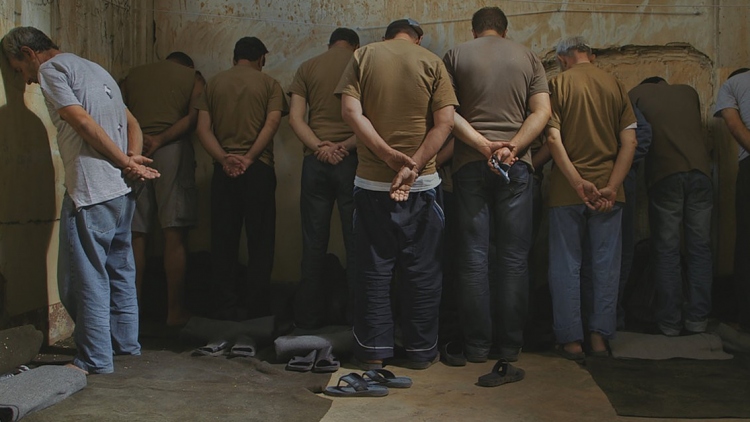 His Excellency Mr. Antonio Guterres
Secretary-General of the United Nations

Today, on the International Day in Support of Victims of Torture, thousands of Syrian detainees continue to suffer torture and inhumane treatment in secret, makeshift and official detention camps and facilities across Syria. They include numerous human rights defenders who have made efforts to document disappearance, detention and torture – who are now victims of these very same practices.

We, the undersigned organizations, hereby call upon the international community to assume its responsibilities towards victims of torture and their families and to support them in victims’ efforts to hold perpetrators accountable and to preserve their right to justice and reparations, as the only way to abolish all forms of torture in Syria.

The Syrian government continues to detain undetermined numbers of Syrians in inhumane conditions and to exercise institutional and systematic torture. It disregards its responsibilities to end these unlawful practices and to hold those responsible to account. This is in clear and deliberate violation of all international humanitarian standards, as well as Syria’s legal obligations to international treaties and conventions to which it is a party, including the International Convention against Torture and Other Cruel, Inhuman or Degrading Treatment or Punishment, which Syria joined in 2004. The Syrian government’s systematic use of torture represents a stark challenge to the international community and efforts to establish a world free of torture and impunity.

We call upon you today to exert all possible pressure on the Syrian authorities, and all de-facto authorities and parties to the conflict, to ensure that all parties take concrete steps to fulfill their legal obligations by committing to the following demands:

1. Reveal all places of detention and facilitate full access for all international humanitarian actors, in particular the International Committee of the Red Cross (ICRC), to all secret and public detention centers and prisons on a regular basis and whenever they request.

2. Take all necessary measures to stop the brutal practice of torture, including rape and other forms of sexual violence, as well as to conduct the necessary investigations and hold those involved in such practices accountable in accordance with international standards.

3. Disclose the fate of detainees who are believed to have been killed under torture, and to handover their remains to their families in a humane manner that respects the sanctity of their bodies and the feelings and the religious rituals of their relatives, Any such actions will not, however, change the fact that the Syrian government bears legal responsibility for the practices that led to detainees’ deaths and is therefore responsible for their right to justice and compensation.

4. The United Nations Voluntary Fund for Victims of Torture must take the necessary steps to provide psychological, moral and financial support to victims of torture in Syria and their families and provides them with the necessary care.

5. No State nor party to the conflict may use the issue of torture in political bargaining or negotiation. The United Nations should maintain the role of guarantor and neutral international mediator for negotiations in Syria, and remain a key player in any process addressing the issue of detainees to ensure neutrality and credibility.

We stress the need for UN Member States to support victim-led initiatives to self-organize in pursuit of justice and accountability. We call on Member States to activate universal jurisdiction within their national judicial systems to enable victims of torture and their families to pursue their right to justice. We also stress the role of these States to safeguard victims’ rights at the official and legal levels, especially with respect to the provision of psychological, social and moral support.

Efforts to resolve the conflict in Syria have now marked their seventh year, with no tangible progress at the political, humanitarian or human rights levels. Efforts to uphold of human rights and international conventions in Syria have proven futile to deter the daily occurance of arbitrary arrests, torture or war crimes and crimes against humanity. The use of the veto continues to paralyze the Security Council, preventing the Council from meeting its obligations in protecting civilians and holding perpetrators accountable, thus permitting new attempts to hijack the detainees file by the parties to the conflict, in total disregard to the role of the United Nations. We, the undersigned organisations, therefore call on UN Member States to address their responsibility in combatting impunity by pursuing the establishment of a Special International Criminal Tribunal for Syria though the UN General Assembly, as a first step towards affirming the international community’s commitment to accountability and justice.

Please accept, Your Excellencies, the assurances of our highest consideration.