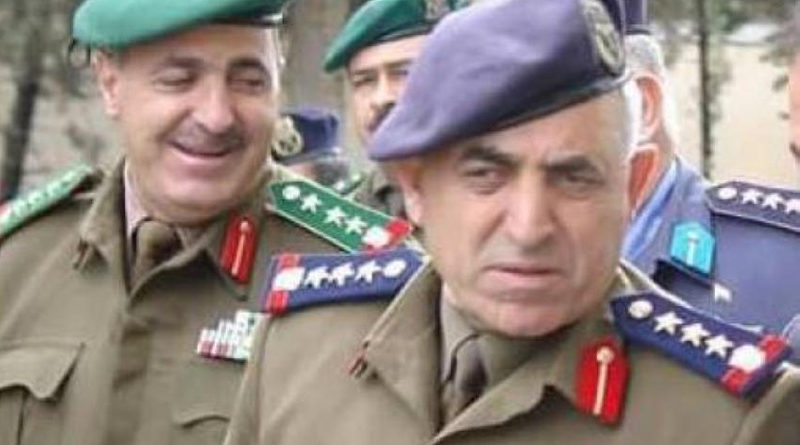 PRESS RELEASE
Arrest warrant against Jamil Hassan is a milestone
and a good news for all affected by Assad’s torture system
Other states should follow the step by the German judiciary.
Berlin, 8 June 2018 – “The arrest warrant against Jamil Hassan is a milestone and an important
step for all affected by the Assad’s torture system – for the survivors, for the family members and
also for those who are still held in the detention facilities of the Syrian government”, says
Wolfgang Kaleck, General Secretary of the European Center for Constitutional and Human Rights
(ECCHR). It is an encouraging sign for 24 Syrian torture survivors and activists, whose testimonies
contributed to the arrest warrant. Together with Syrian lawyers Anwar al-Bunni (Syrian Center for
Legal Research and Studies) and Mazen Darwish (Syrian Center for Media and Freedom of
Expression) and ECCHR, they filed four criminal complaints in Germany against high-ranking
officials of the Assad’s government. Jamil Hassan is the head of the Syrian Air Force Intelligence.
The criminal complaints identify, next to Jamil Hassan, other 26 high-level officials of the Syrian
Intelligence Services and the Syrian Military. The allegations include: Torture as crimes against
humanity and war crimes. One of the criminal complaints was filed by activists of the group
supporting the work of “Caesar”, a former employee of the Syrian military police. ECCHR has
prepared and filed the complaints together with the Syrian torture survivors, lawyers and activists.
“I choose justice and human rights over revenge and violence as my means to fight back against
what Jamil Hassan has done to me and my friends. And today’s decision shows that I chose the
right path and I am very grateful for it”, says Yazan Awad. He was held four and a half months in
various detention facilities of the Air Force Intelligence and is one of the claimants in the
complaints.
“This decision in Germany confirms that justice must be respected as a principle and will not be
ignored for any political reason”, says Anwar al-Bunni. “It is also a victory for the victims who
have been waiting for justice for a long time.”
„It is great news and another milestone which assures us that there will be no impunity or immunity
to those who committed crimes in Syria“, says Mazen Darwish. „As one of the complainants in this
case, this is the best news since I was released. I’d like to thank all those who’ve contributed,
especially the victims – without their courage and their commitment we would’ve not achieved
this.“
“By issuing such an arrest warrant, the Office of the German Federal Prosecutor Those high-level
officials responsible for torture in Syria belong in a court of law. Germany signalizes its readiness
to engage in meaningful investigations and prosecutions of grave human rights violations”, says
Kaleck. “Judicial authorities in other countries ought to follow such a step by the German judiciary.
As long as no international tribunal or court is prosecuting torture in Syria, third countries have to
use the principle of universal jurisdiction.