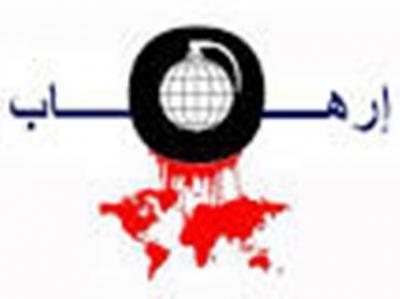 Terror In Syria.. Why? … where is it from?…. where to ?
By the lawyer: Amwar AlBUNI
Head of Syrian Center For Legal Studies and Researches

Introduction
Syria hasn’t experimented the wide phenomena of terror before Ba’ath Party’s seizing the authority of Syria. The beginning may be at the late of 1970s, when Combatant Vanguard organization – which was known as “Marwan Hadid group” that is affiliated with Muslim Brotherhood – made several assassinations. The most famous one was assassinating the officer “Mohammed Ghorra” in Hama in addition to accusing it of assassinating the constitutional scholar “Mohammed al – Fadhel” (he has been valuable in designing the Syrian constitution issued in 1972, to be suitable to Hafez al – Assad. That is what will lead to a big wave of protests over Syria). It was also charged with several explosions in many Syrian governorates, the most famous was in “Madfaieh School” in Aleppo, when one of the Islamist student fired on his colleagues. Around 80 student officers and non-commissioned officers have been killed in this operation.
These operations were associated with the public protests wave against the Ba’ath authority, and with a big political movement for releasing the public liberties.

The extremist ideas, which use the violence to impose themselves, exist over the history. There is always who believes in them and justifies the violence, using noble goals, public good, heaven orders or others.
Dictatorship regimes have always used it, and invested in the terrorism to get rid of their enemies. All states and organizations have conducted the terrorism under national aims such as: the independency, the national unity and others.
The problem isn’t the extremist ideas. They exist in all regions, ideologies, and the political and thoughtful references, and in all societies and eras. But they are always perceiving as refused crimes, whatever the goal they use.
The problem is creating the suitable environment of this thought, and creating social, political and cultural incubators of this thought, in addition to absence of the justice and real fairness.
The problem appears through violating the human rights and reaching the stage of poverty and abasement without being able to defend hisherself or taking hisher right by legal ways. The legal doors are always closed, so they go towards the sacred hidden powers asking for help. They become more vulnerable to accept and foster the extremist ideas.
The most important problem is that the international community doesn’t protect the people from their states or other states’ terrorism, of course because of the international sakes and the international relations. It focuses on the syndromes and ignores the real terror, or the real reason of it. It encourages this real reason by this way, and the contrary terror thus increases and its cruelty and extreme rises. As a result we will be engaged into the great whirlpool, all of us, the world is suffering from it now.
In fact, if non- real treating of this problem is adopted, the next years will be catastrophic for all.
The extremist thought needs anti-extreme in order to justify its existence. The minority from this extremist thought will exploit it to justify all their violent behaviors and recruit bigger numbers of followers as possible as. They are two sides of one coin. If the other side is not existed, the other will create it. That is what the dictatorship regimes has done directly or indirectly because of the severe oppression.
Is there better environment than that is suffering from oppressing, abusing, abasement and prohibiting of the peaceful expression mains.
When the fair judgment is absent, the victim will go other roads to get the right. Can we blame it with all this ignorance and carelessness of the international community?
There are who create and make up the terrorism in Syria, we can’t speak of “countering the terror” or start any political solution of the Syrian issue before ceasing this creating.
The international community contributes in making up the terrorism by keeping silent, without doing anything. There is no real message that can point to judgment of the perpetrated crimes, and that the penalty will be applied whatever is the criminal. But when the international community conduct a selective judiciary through closing the eyes in front of some crimes and focusing on others, the terrorism will easily find an incubator.
The selectivity of evaluating the crimes according to the criminal, its nationality, its religion, or its political principle, or the religion, nationality and thoughts of the victim, whereby the major crimes are ignored if who commits them uses the logos of secularism or protecting the minorities, is the core of the problem.
The differentiation between a terror that a state and its army perpetrate against its people – whereby it is ignored-, and a terror that small armed groups perpetrate against the same people is the core of the problem.
When the regime killed more than 200,000 ones, and destroyed half of Syria through more than three years, the international community was justifying its attitude by the stands of Russia and China. When ISIS killed less than tens of Syrians and foreigners, the international community didn’t wait for neither the stands of Russia and China nor the resolutions of the Security Council. It founded a military coalition and struck ISIS in a week.
When the international community keeps dealing with the Syrian regime for 40 years, with carelessness of the violation it perpetrates, the terrorism will be found, and the violence and anti-violence will increasingly be motivated.
The human rights is clear, there is no way to differentiate between a terror and another because of the region, nationality or the identity of the victim or the criminal. Something like that will add more fuel to fire, and any discourse like that will just give more time to the criminals to kill more and more, what will threaten the international security and peace, you are responsible of them.
New york 30/09/2015 Lawyer Anwar Albuni