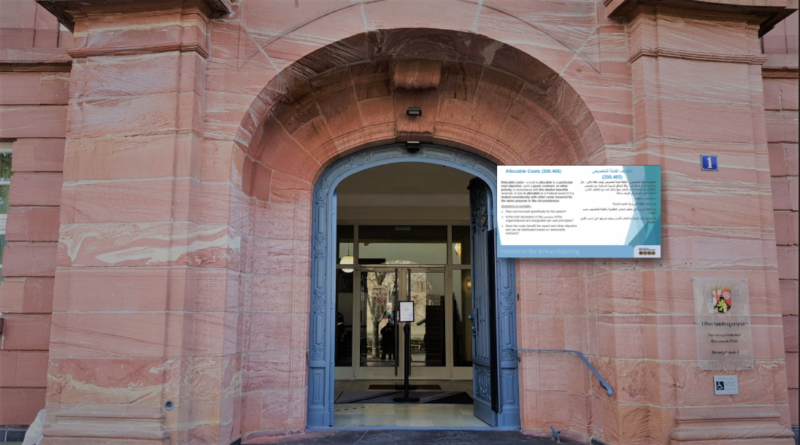 report on the hearing of Anwar Raslan’s trial on 06/10/21 for the session concerned a witness summoned by the court at the request of the defense attorney for the accused.

The defense witness was summoned for two reasons: firstly, he was arrested by the Al-Khatib branch, and secondly, he had been in  communication with the accused. In addition, according to the defense, he could provide information about the arrest of the witness and civil plaintiff, Ms. Nouran Al-Ghamyan.

The witness corrected the judges with the first order informing them he had not been arrested in the Al-Khatib branch, but in the Deir ez-Zor City State Security Branch. The judges, however, asked him to talk about his relationship with Raslan and not the arrest because it was not related to the trial’s subject.

The witness said at the end of July, 2012, he was arrested at a security checkpoint while in Al-Mayadin City. He was with his cousin, who had not been arrested, so the latter called the witness’s father to tell him what had happened.

His father took the initiative to contact the accused, Anwar Raslan. The witness remained in the Branch for two or three hours until the head of the branch came and asked him if he had any contact with Anwar Raslan. He replied their relationship was just a simple friendship and explained to the judges he and his family had known the accused since 2002 or 2003 because they were neighbors in a building in Damascus. Besides, Mr. Raslan’s wife was still his mother’s friend to this day and described the strong relationship between the two families.

As for the issue of Nouran Al-Ghamyan, the witness said that he was her ex-husband’s brother and he had met her only once in Jordan before he travelled to Germany, and twice in Basel in Switzerland. He never spoke to her about her arrest. The defense lawyers repeated their questions in this regard because it was one of the reasons why they had summoned the witness. The witness confirmed that he had only known she had been detained for a week or two by State Security and he knew nothing else on the subject. It was Anwar Raslan who had told him in Jordan he had helped her a lot because the accused Raslan was a neighbour.  So Jordan was the only source of information about Nouran’s arrest.

The defense witness added: “Contrary to Anwar Raslan’s claim he had no authority, they released me from the Al-Mayadin branch based on a call from Anwar Raslan.”

Concerning the reason for the witness’s arrest by State Security, he told the judges that they might have mistaken his name because they had pronounced another name and charged him with transporting weapons between Damascus and the Al-Mayadin area in Deir ez-Zor city.

The witness explained to the judges it was quite possible to be arrested due to a mistake in a name in Syria and because of such mistakes, a person could be arrested for years without anyone being aware of his fate. He added that he had a brother who had been detained since 2014 and up until then, the family knew nothing about his fate or even the reasons for his arrest. So he could not be certain if his arrest had taken place because of the officers’ mistake in pronouncing his name or not.

The witness’s testimony ended after only an hour and it was clear that the defendant’s defense lawyers were not obtaining the information they wanted from his summons.