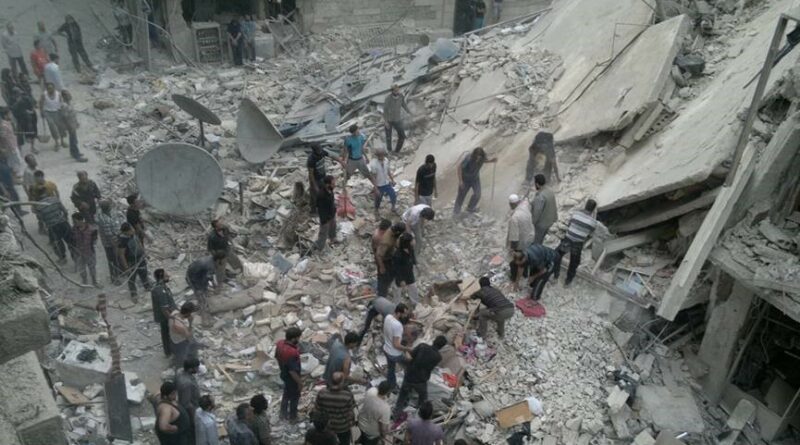 The Syrian Center for Legal Research and Studies

Today the 4th of August 2021, officials from the Berlin State Office for Criminal Investigations of the German Federal Prosecutor’s Office arrested (Muafaq Al-D) a member of the “Free Palestine Movement” militia, based on an arrest warrant issued by the Federal Court of Justice’s investigative judge on July 30. 2021 and charged him with committing war crimes.

The Syrian Center for Legal Studies and Research “SCLSR” had supported the victims of the defendant to have access to the German prosecutors and submit their testimonies to reach justice. This led to an accurate knowledge of the defendant’s participation in crimes while heading a checkpoint at the entrance of Al-Yarmouk Camp, south of Damascus, affiliated with a military militia called “Free Palestine Movement” linked to the Syrian regime, that committed war crimes, and led to the knowledge of the details of his crimes of arresting, torturing, and committing sexual violence against civilians.

As a result of the testimonies, the accused was charged with deliberately and directly firing a shell at a gathering of civilians, who were present around the checkpoint he headed, while waiting to receive relief aid from the United Nations Relief and Works Agency for Palestine Refugees in the Near East (UNRWA), which led to the killing of at least seven people and injuring at least three other people, including a six-year-old child, some were seriously injured. The attack allegedly happened as a retaliation for the killing of a relative of his in clashes between opposition fighters and fighters affiliated with the Syrian regime.

The defendant will appear before the investigative judge at the Federal Court of Justice today (August 4, 2021), who will open an arrest warrant and decide on the implementation of pretrial detention.

The Syrian Center for Legal Research and Studies confirms that it is continuing in the process of supporting prosecuting war criminals, whether in terms of preparing similar files, issuing specialized studies and research, or training lawyers and researchers.

The Center offers our greatest thanks to the heroic victims’ survivors who ensured the course of justice for all Syrians when they demanded justice for themselves.

We extend our deep thanks to our partners, led by the European Center for Constitutional and Human Rights (ECCHR), as well as to the Public Prosecution Service, and all those in charge of the judicial system in Germany, which is guaranteed in its constitution and laws the principle of universal jurisdiction, which allowed Syrian victims to be included in accessing and achieving justice.

The Center also thanks to every media person who participates in raising these issues and encouraged victims and witnesses to speak out about criminals and crimes. Reaching justice is the result of the efforts of all those who seek to reach it, each in his position.