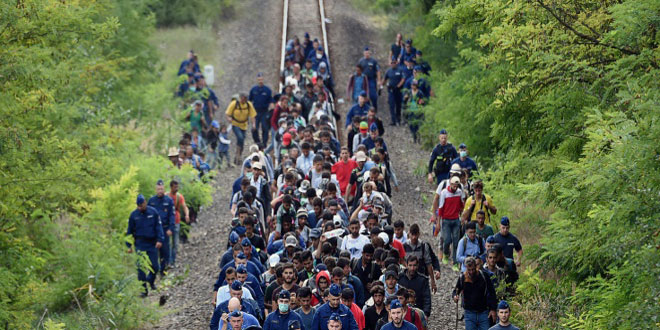 Since the end of 2019, we have witnessed clear changes in the policies of several European countries regarding asylum and especially the reception of Syrian refugees. The reasons for the changes made by the governments of these countries have ranged from reports claiming improved security conditions, which is in clear contradiction to European and international reports, to those which are based on Article 32 of the 1951 Refugee Convention. The latter includes an exception to the principle of non-refoulement and allows the expulsion of a refugee against whom a final ruling has been issued for committing a crime that poses a danger to the society s/he lives in. However, the reliance on this Article ignores the limitation regarding the exception to the non-refoulement principle, which is contained in Article 32 itself. It prevents the return of the refugee to her/his country if s/he may be subjected to cases of persecution, torture, or violation of her/his basic rights, which in this case necessitates facilitating the process of seeking asylum in another country.

Indeed, a few days ago, the German government failed to extend the ban on deportation to Syria issued in 2012, which is usually extended every six months. This was the result of increased calls for the deportation of refugees convicted of crimes and acts of violence. These calls would in their turn pose a risk of promoting hate speech against refugees instead of focusing on developing solutions to the challenges they face and supporting accountability and justice efforts that would prosecute those involved in violence or crimes.

On the other hand, in December 2019, the Danish Ministry of Immigration and Integration decided to withdraw the residence of temporary protection of Syrian refugees in preparation for their return to Syria and indicated an improvement in the security situation in the governorate of Damascus and the areas under government control in general. It also announced a comprehensive review of refugee cases coming from government-controlled areas in order to verify those who no longer need protection and to deport them from Denmark as part of a re-evaluation of the refugee situation on its territory. In addition, the Violations Documentation Center (VDC) in Syria has documented several decisions refusing to renew residency under the pretext that there is no risk in returning to Syria.

Changes in asylum policies have included a reduction in aid received by refugees, restrictions on family reunification operations, and limits to the extension of residence to cases that obtain approval to one year without any guarantee of renewal. This makes the integration process into the host community very weak due to fear and anxiety of compulsory return.

Several reports, including those issued by the German government, have confirmed the ongoing risks for returnees and the absence of safe areas throughout the Syrian territory. Moreover, reports of the UN High Commissioner for Refugees show that the main factor in refugees’ decision not to return is protection and safety. In one of his periodic briefings, the special envoy for Syria also emphasized the continuing risks of military operations and the displacement of civilians in the country,[1] as well as the enduring human rights violations by the parties to the conflict, especially the Syrian government. The latter continues to practice arbitrary arrests, enforced disappearances, and torture in the areas it has retaken from the opposition, including southern Damascus.[2] Arbitrary detention campaigns have also been carried out by some armed opposition groups in their areas of control, and civilians have been subjected to indiscriminate attacks in government-controlled areas.

Furthermore, multiple reports have documented that returnees have been interrogated and arrested by the security services of the Syrian government. In fact, the Syrian Network for Human Rights (SNHR) has documented the arrest of more than 62 persons who returned during 2020 and their exposure to widespread violations, including the use of torture and extrajudicial execution. This raises serious concerns over their lives, freedom, and safety. Add to that the deteriorating economic situation, the destruction of Syrian infrastructure, the outbreak of the Covid-19 pandemic,[3] the restriction of the work of UN agencies and international humanitarian organizations, and the inability or unwillingness of the Syrian government to compensate people whose homes have been destroyed or damaged, to secure the right to housing and property, and to obtain access to national documents and legal aid.

The decisions of the German and Danish governments, in addition to a media discourse focused on the ethnic and religious backgrounds of the perpetrators of crimes, would incline public opinion to reject the presence of refugees. This is also true given right-wing populist discourse, which portrays them as greedy to want to live in welfare states while their own countries are safe but ignores the fact that they are fleeing death. The features of this have begun to emerge through violence against refugees in Greece accompanied by governmental decisions that restrict the sharing of information about what happens within refugee camps, which eliminates any monitoring mechanism for violations against refugees, including the work of non-governmental organizations. Add to that the increase in forced deportations of Syrian asylum seekers from Cyprus to Turkey and Lebanon as well as the transfer of 11 Syrian asylum seekers by Dublin from the United Kingdom to Spain last September, leaving them without documents. Sweden has also tightened control over its borders with Denmark and granted the police the right to deny entry to asylum seekers, which raises concerns about the extent to which human rights standards are respected, especially the right to physical integrity.

These recent changes to asylum policies violate the commitment to the principle of non-refoulement and contradict the purpose of the international agreement, which is to protect the human person and to recognize the inherent dignity of all humans and their equal and inalienable rights, including the right to seek and enjoy refuge from persecution, which is expressed in Article 14 of the Universal Declaration of Human Rights. They also violate the general legal principle of respecting voluntary action as the essence of refugees’ return, as refugees should be able to make a free and informed decision regarding their return to their country of origin, away from any physical, material, or psychological pressure. Indeed, their return should be voluntary, safe, and sustainable in nature, and they should enjoy all their economic, social, civil and political rights. Besides, the return should be built on the basis of fundamental and permanent changes in the country of origin, such as political transition, democratic elections, the start of peace-building processes, and the restoration of the rule of law. Moreover, these changes violate the spirit and philosophy of the 1951 Convention Relating to the Status of Refugees, Article 3 of the International Convention against Torture and Other Cruel, Inhuman or Degrading Treatment or Punishment, the principles of international humanitarian and customary law, and the First Protocol of the European Convention on Human Rights.

The undersigned organizations call on the European governments, especially the German and Danish ones, to:

1.   Retract all decisions that violate the principle of non-refoulement, which would force refugees, directly or indirectly, to return to Syria.

2.   Reassess integration policies to allow refugees to effectively engage in their host societies, taking into account the circumstances they went through, especially those of victims of wars and conflicts.

3.   Organize support programs for refugees in neighboring countries beyond securing basic needs by creating a more sustainable situation especially when it comes to their livelihoods, improving their legal status, and combating hate speech in cooperation with governments, civil institutions, and the media.

Algerian League for the Defense of Human Rights

ELAF FOR RELIEF AND DEVELOPMENT

Syrian Center for Media and Freedom of Expression (SCM)

The Syrian Network in Denmark

[1] Briefing of the special envoy to Syria Geir Pedersen to the Security Council on Tuesday 16/06/2020.