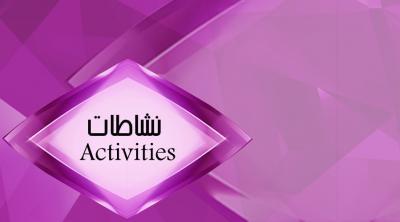 on Wednesday, 20 February 2019, 6pm (reception from 5.30pm)
Torture, enforced disappearances and extrajudicial executions of political opponents, journalists, and other civilians are only some of the grave human rights violations committed by all parties throughout the Syrian war.
These grave crimes widely go unpunished in Syria. Therefore, torture survivors, relatives, human rights defenders, and lawyers have been documenting the crimes in order to bring those responsible to justice outside Syria – for example by using legal means in Europe.
Several European states opened criminal investigations to hold those accountable who have committed international crimes. As a result, perpetrators from different parties to the conflict were convicted. In Sweden, this could be made possible through the principle of universal jurisdiction, which allows Swedish authorities to investigate and conduct judicial proceedings in relation to international crimes. In other European countries such as Germany and France, criminal complaints have contributed to arrest warrants against key figures within Assad’s torture system.
We would like to discuss which role Sweden can play in the international efforts to hold to account those responsible for the crimes committed in Syria, and hear perspectives of our distinguished speakers:
Syrian torture survivors and human rights activists, and Catherine Marchi-Uhel, Head of the International, Impartial and Independent Mechanism (IIIM) for Syria; Anwar al-Bunni, Executive Director of the Syrian Center for Legal Research and Studies (SCLRS); Mazen Darwish, President of the Syrian Center for Media and Freedom of Expression (SCM); Inger Österdahl, Professor in Public International Law, Uppsala University; John Stauffer, Legal Director and Executive Deputy Director, Civil Rights Defenders (CRD); Patrick Kroker, Head of Syria project, European Center for Constitutional and Human Rights (ECCHR); Antonia Klein, Legal Advisor at ECCHR. Lotte Leicht, EU-Director of Human Rights Watch (HRW), will moderate the event.
Mansour Al Omari, journalist and torture survivor, will display pieces of fabric with the names of dozens of inmates of a Syrian detention center which he smuggled out when he was released.
The event will be held in English and Arabic with simultaneous translation. Admission to the event is free of charge